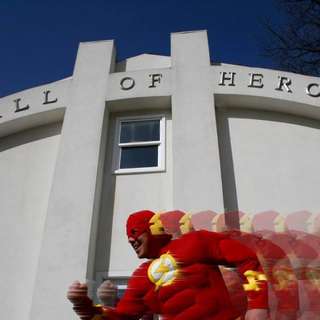 I thought this was an actual museum and was shocked to pull up to someone's garage. Maybe the other reviewers here are more trusting, but I was not going to enter someone's garage alone. Even if it did look similar to the Hall of Justice. I'm sure the owner's nice or whatever, but the fact that the reality of this location isn't made more clean is very sketchy. The pictures on Facebook are from conventions, which fooled me into thinking I was going to an actual museum. If the advertisement had been more upfront, I might have felt less creeped out.