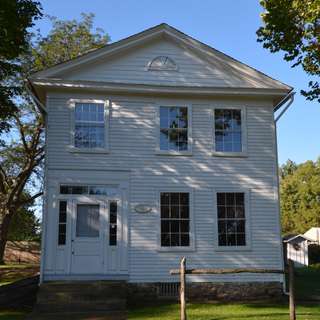 A group of extremely dedicated volunteers run the Macktown Living History Education Center. Its members are incredibly knowledgeable and deeply passionate about preserving this unique historical part of their community’s history. While only two original structures from the settlement remain, the organization hopes to continue growing the historic area. By recreating the structures and landscape of Macktown, their hope is to restore the settlement to its 19th-century glory. 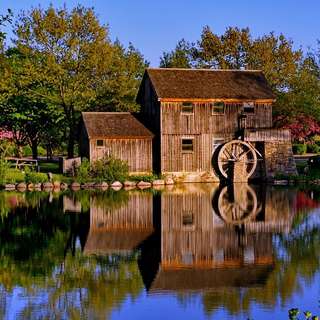 Did you know that the sock monkey was invented in Rockford, Illinois? Or that the Rockford Peaches who inspired "A League of Their Own" once called the city home? Discover all of these things and more at the Midway Village Museum! I loved this unique opportunity to experience Rockford's history and learn more about this awesome community.

The Laurent House is a beautiful example of a Usonian home. But it’s also the only home that the famed architect ever designed for someone with a disability. While the architectural changes may seem subtle to some, to wheelchair-bound Kenneth Laurent Frank Lloyd Wright’s inclusive design made all the difference.

Equally as impressive is the fact that the Laurents lived in the home for 60 years. In fact, they were the only family to ever inhabit the space. A tour of this beautiful home is absolutely worth the time if you're in the area! 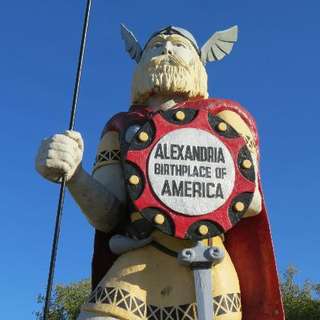 I’ve visited a lot of large roadside attractions, but Big Ole definitely has one of the strangest backstories. Located in Alexandria, Minnesota, America’s Biggest Viking is much more than a random landmark. You might have noticed that Big Ole’s shield reads “Alexandria: Birthplace of America.” Local lore claims that Norsemen visited the central Minnesota town in 1362. In 1898, a Swedish immigrant named Olof Ohman claimed to have discovered a runestone in a nearby township. According to Ohman, 12th century Scandinavian explorers left behind the Kensington Runestone. While the stone was ultimately declared a fake, the town hasn’t given up on its Viking past. 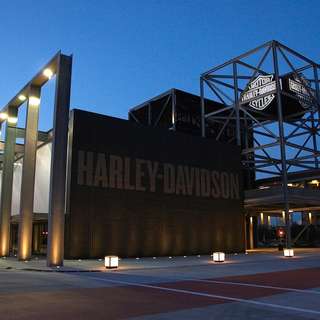 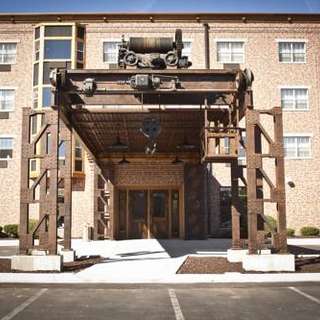 This luxury boutique hotel is conveniently located in downtown Beloit along the banks of the Rock River. With a stunning brick exterior and industrial iron accents, the hotel is a beautiful homage the city’s past coupled with a strong vision for its future. rom its overstuffed leather sofa and two-sided gas fireplace to the deep soaking tub and bathroom the felt like I was at a spa, these rooms are seriously relaxing. 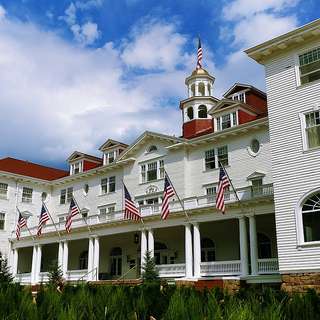 Even if you're not staying in the Stanley Hotel, it's a great place to explore on a tour. Not only does this beautiful Colonial Revival hotel have a haunted history, it’s also home to an unexpectedly beautiful love story. While the Stanley Hotel is arguably most famous for its haunted happenings, its rich backstory and role in Estes Park’s development are equally fascinating. We spent a wonderful morning learning all about the hotel’s creator, Freeland O. Stanley and the impact he and his wife, Flora, had on the surrounding area. 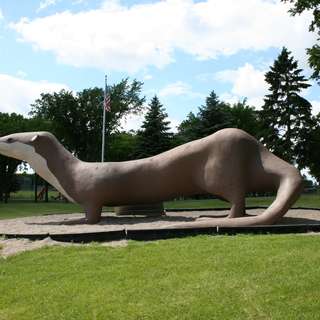 What's not to love about Otto the World's Largest Otter? Snap a photo or two and stretch your legs at this beautiful community park! 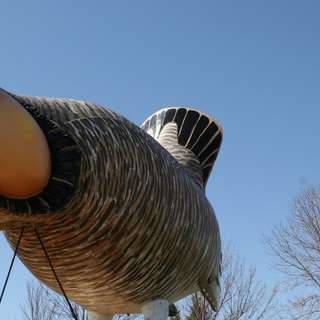 A quirky roadside stop if you're passing through the area! Stretch your legs and learn what it means when a prairie chicken "booms."

Read full article here >
Was this helpful?
Next