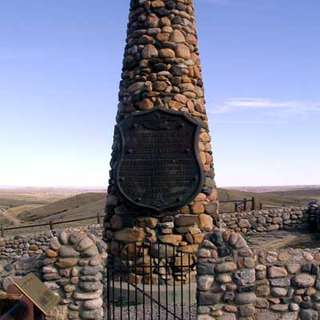 This is not the site of the infamous Fetterman Massacre. Fort Fetterman was constructed in 1867 by the United States Army on the Great Plains frontier in Dakota Territory, approximately 11 miles northwest of present-day Douglas, Wyoming. Fort Fetterman was used frequently as a staging location for U.S. Army expeditions during the Indian Wars. The fort was named for Capt. William J. Fetterman, killed with all 80 of the men under his command in December 1866 near Fort Phil Kearny, further north along the Bozeman Trail.

A restored officers’ quarters and an ordnance warehouse have interpretive exhibits and artifacts of the fort’s history, Fetterman City and its Indian predecessors. You are encouraged to walk the grounds where interpretive signs describe the fort’s buildings and activities.

It was closed when I visited it but we were able to slip past the gate and see the grounds but not anything inside a building. There is a graveyard down the road past the museum. It contains very little but there are some headstones and monuments. The most fancy is John C. Fenex a 24 year old cowboy who was killed during a bar fight. You can read about his death at this website: https://trib.newspapers.com/clip/55488163/recounting-of-the-death-of-john-fenex/

For most this will probably be a quick visit and a walk around the grounds. 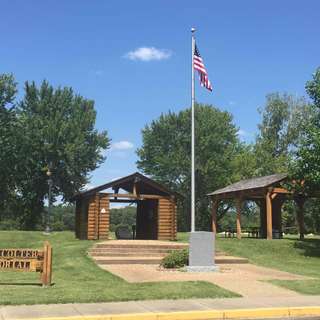 This is one of those quaint off-the-beaten-path destinations. It is along the Missouri River waterfront in New Haven, Mo. along route 100 between Jefferson City and St. Louis. John Coulter, of Lewis and Clark fame, settled down near here after his mountaineering adventures. Read all about it at the memorial.

Across the street is a welcome center with displays, pioneer and Indian relics and lots more information.

In the cute, historic nearby town (a stone throw from the memorial) is a 1950s, 2-block long, Main Street replete with a movie theatre, antique store and glass-blowing shop among others. Definitely worth a browse. 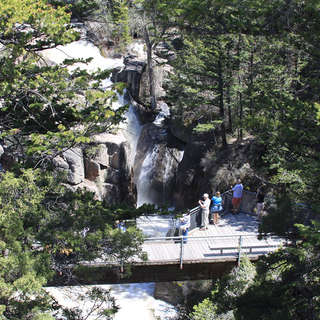 Visited this falls on Sept 13, 2017, a clear sunny day, driving from Ranchester to Cody Wy. via Hwy 14. Scenic overlook for falls was closed but some trails gave access to blocked views. Further west on the road were a number of view points showcasing the beautiful valley. Very well worth the stops to take in the grandeur. 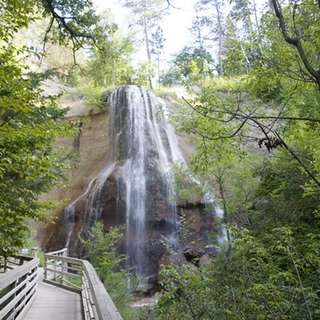 Just a lovely slice of nature in northern Nebraska. Does require state park permit for visitors which they can/do sell at the office. Hike to lovely falls was 1 mile round trip along level ground path and/or relatively narrow but sturdy wooden walkway structure. Lots of camping spots available directly on the Niobrara River. At the falls there were several nice photo locations of this picturesque park. Well worth the visit for the immediate relaxation it provides to its visitors. 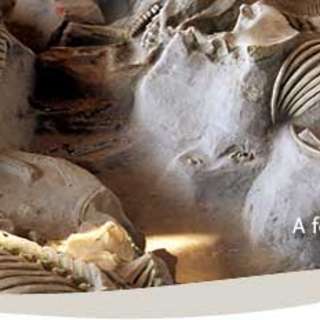 Visited today and enjoyed our time there. Impressive though small visitor center but with very informative exhibits. There was a nice video shown about this discovery, located near the restrooms. There were several intelligent and articulate college interns working and sharing their passion for paleontology with the visitors. The intern in the visitor center was cleaning fossils and me a gave me a great explanation of his task and working environment. The intern in the fossil barn stopped uncovering a new discovery, and its backbone, to discuss the fossil area and its treasures with me. I would recommend this park to visitors of all ages!