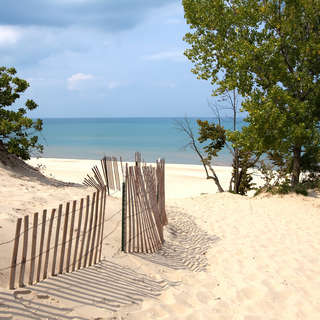 We stopped at the visitors center first, the paintings outside are beautiful. We asked a park ranger for ideas on what to see that was child friendly and possibly stroller accessible. He did not have any recommendations. He said the beach parking lots would be full and the best trail for kids is over a mile and grassy. We left with a map and his suggestions only to discover we couldn't find anything to see. After much MUCH driving and turning around at various spots (that had signs leading to apparently nowhere) we discovered the beach that was suggested was three miles outside the park, past the factories and trains, under the highway, etc. it felt NOTHING like a national park.

We did go to the homestead suggested, not sure what there was as there wasn't signs or staff to show where to go or what to see.

We went to a trail that was nice, lots of traffic and train noises heard.

The beach was pretty and they had a foot washing station when leaving the sand. I wouldn't feel safe after dark or when there aren't many people around as it's quite a distance from parking and there isn't good views of the path ahead/behind.
M 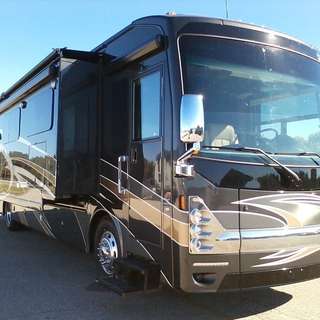 Go to the website to check your days. Not a daily option. It's offered once or twice a week depending on location. 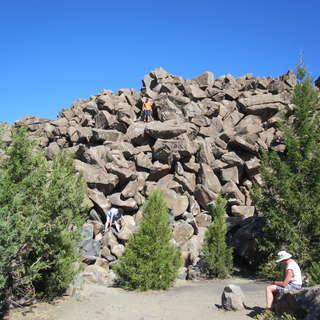 Info: directly off the highway exit there is a dirt road and a sign. Follow the dirt road about a half mile and you reach a fence gate. Here is says no motor homes, etc. When I asked another traveler they said our motor home probably would make it to the end of the road, but then there is a 2 mile walk to the rocks. With small children and a time limit we turned around. Sounds fun but be sure to bring hammers and be prepared for dirt roads and a small hike. 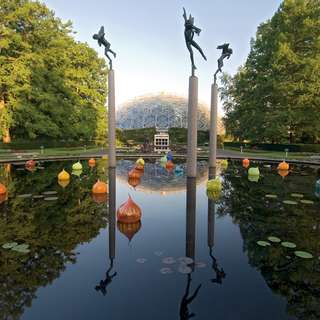 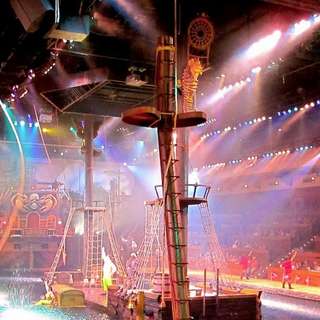 Wonderful way to spend an evening, I brought my five year old and we both loved every minute. The show was excellent and well worth the price. Vegetarian option was pasta (perfect!) and drinks were water or sweet tea. Arrive up to 1.5 hrs early for the pre-show. We paid for the upgrade and I'm glad we did, all seats looked great but with a young child it was nice being in the second row.