In the arid Saline Valley known for its salt, borax, and abandoned mines, three springs surrounded by palm trees create a surreal, clothing optional oasis for the hardy souls who relish in the challenging pastime of hard desert camping.

2 1/2 to 4 hours (depending on dicey road conditions) from pavement over treacherous, rocky dirt roadways, a monster made of tractor parts and a sign with a spooky bat on it welcomes visitors to the Saline Valley Hot Springs. A satisfying reward after the bumpy journey, Saline Valley is a series of gorgeous springs, each with multiple soaking pools scattered in a line along a stretch of dirt road 3 miles long.

The springs weren’t unheard of during the mining heyday of Saline Valley, but it wasn’t until the 1960s that they became popular among nudists, free thinkers, and nomads who developed a semi-permenent camp. The hardy residents began taming the wild springs into several soaking pools made of concrete, rock, and tile. They built showers and dishwashing facilities, planted shaded grass areas, and dug 3 latrines—creating a makeshift vacation spot to escape to from the harsh Death Valley climate.

This seasonal community population waned during the pounding heat of summer and the brutal freeze of winter, relying completely on supplies from the closest towns of Lone Pine and Big Pine. Timing was crucial, as they were often cut off from these towns by storms that made the the primitive roads impassable. There were several attempts to clear out the encampment at the springs, none of them by force and none of them successful until 1994.

In 1994, Saline Valley and its warm springs were annexed into Death Valley National Park. The encampment was dispersed, and visitation was limited to 30 days. The original latrines were replaced by a less crude system of concrete lines, and the area was put under the watchful eye of the National Park Service. While the wanderers that called the springs their home were all displaced, one man, named Wizard, remained. Wizard was the longest and most consistent resident of the springs, and was made the permanent caretaker for the site until he passed away and Lee “Lizard” Greenwell took over his post.

Today the springs are not found on any NPS maps and rangers at the station in Big Pine are reluctant to tell visitors how to find them. Despite this, the springs are lively with adventurers, helping Lizard maintain the grounds between soaks in the 107 degree water, hiking the surrounding hills, going on 4x4 adventures, and enjoying pick up soccer games in the camp.

In contrast to the remote, free-thinking vibe of the area’s land, the airspace above it is part of the US military’s R-2508 Special Use Airspace complex, and low-flying jets are not an uncommon sight. Rumor has it that if campers fly an American flag from their home base, the jets will give them a little thrill with an extra low buzz over their heads. There is a makeshift landing strip near the hot springs, and various small aircraft can be enjoyed as they lift off and touch down.

This is not an adventure for the ill-prepared or campers who enjoy creature comforts. The road is brutal on vehicles, dangerous, and is often washed out in many places. The climate varies from day to day and even hour to hour with extremely high and extremely low temperatures, strong winds, and the journey to the springs includes a sharp altitude drop. Do your homework before visiting this location, and be prepared and self-sufficient—this is an adventure for seasoned and prepared desert campers or those well-versed in self-sufficiency. 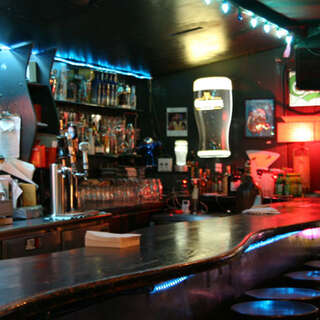 On the last Thursday of every month, Pretzel Logic, a collection of career musicians – all of them impressive in their own right – who come together every few weeks to play some Steely Dan songs in what their website calls their “labour of love.”

Las Vegas’s Oldest Bar is 101 Years Old.
Drinks are served in red solo cups, or mason jars.
It’s supposedly haunted. A man was murdered at the saloon and there are still bullet holes in the walls to prove it.

The Pioneer Saloon built in 1913, by prominent business man George Fayle, will charm and envelope you with its intriguing past. As you cross the threshold from the present to the past, leaving behind the hustle and bustle of the Las Vegas Strip you will quickly come to appreciate this historical landmark.

The interior and exterior walls are of stamped tin and manufactured by Sears and Roebuck. It is thought to be one of the last, if not the last of its kind in the United States. The legendary bar installed in 1913 was manufactured by the Brunswick Company in Maine in the 1860's. As you belly up to wet your whistle you will rest your foot on the original brass foot rail installed when the bar was built.

Image of Clark and CaroleMany movies have been filmed here but the genuine stories of the Pioneer Saloon do not live in the lines of a movie script but in the echoes of the past. The famous screen legend, Clark Gable, waited for three days at the bar for word on his wife of less than two years Carole Lombard. She was lost in a plane crash near Mount Potosi. You will be able to read this tragic story on an original newspaper and see a piece of the actual wreckage. At one time the saloon was next to a hotel that not only served as a comfortable rest place for the many prospectors and miners in the west... it also served as a place where street girls would frequent with their clients. The hotel is gone now after a severe fire left only ashes to remember.The many tales from the bar along with bullet holes, the pot bellied stove and the paper clippings are just a few of the things that will keep you immersed in the exciting era of the old Wild West. 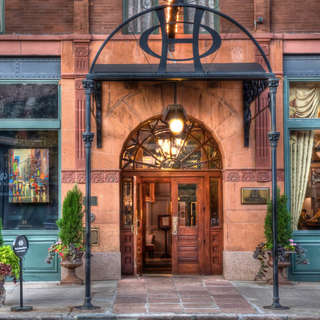 Jack White filmed the music video for “Would You Fight For My Love?,” the latest single from his new album Lazaretto in the historic Cruise Room. Directed by Robert Hales, the video also features Third Man Record band members as well as musician and photographer Scout Pare-Phillips.