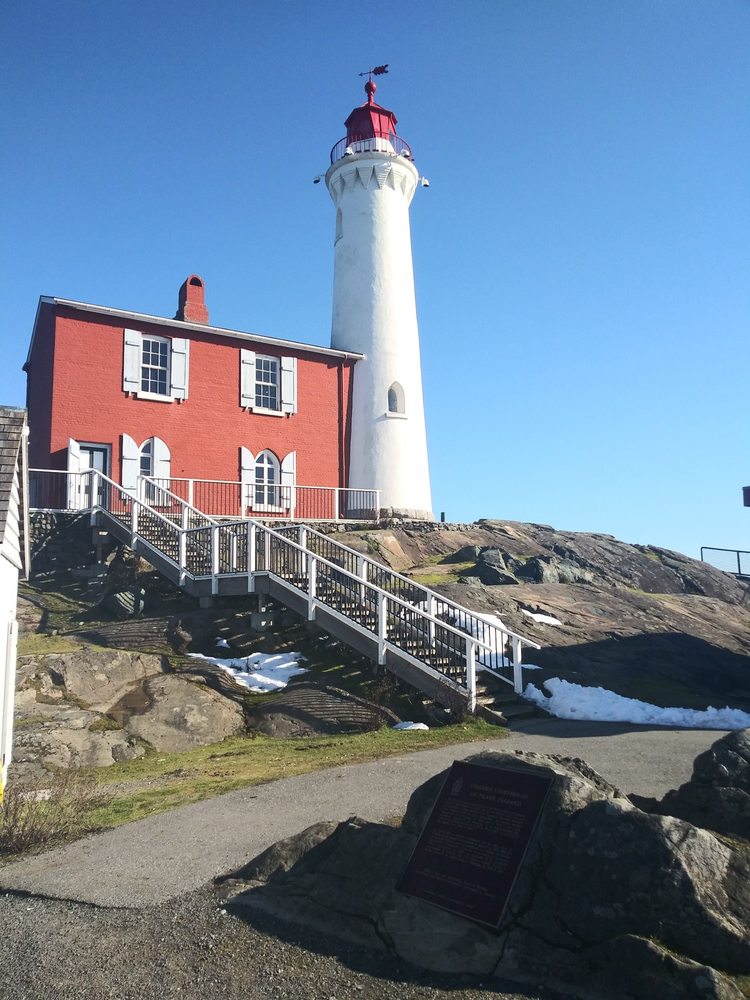 National Historic Site - The first lighthouse on Canada's west coast is still in operation! There hasn't been a keeper here since the light was automated in 1929, but every year many thousands of visitors step inside a real l9th century light, and capture some of the feeling of ships wrecked and lives saved. Built by the British in 1860, when Vancouver Island was not yet part of Canada, Fisgard's red brick house and white tower has stood faithfully at the entrance to Esquimalt harbour. Once a beacon for the British Royal Navy's Pacific Squadron, today Fisgard still marks home base for the Royal Canadian Navy. Inside the building are two floors of exhibits, dealing with shipwrecks, storms, far- flung lights, and the everyday working equipment of the light keeper a century ago. Right next to the tower stirs on the second floor, a specially-made video evokes the loneliness and isolation that was the lot of the l9th century keeper.

Free all year for Canada 150! We did a self guided tour. Lots to see and read about. Great views along the water. We were lucky enough to hear all about the Battery Station given by one of the... Read more

Loved visiting the oldest lighthouse in Victoria. Easy enough to find in you just get directions through yelp ;) Plenty parking, or seemed that way since we were the only ones visiting haha.... Read more

For Rodd Hill is wonderful historical location and sightseeing location. This fort covers an expensive area. You can tell the Ford has been built during different eras in Canadian history. There... Read more